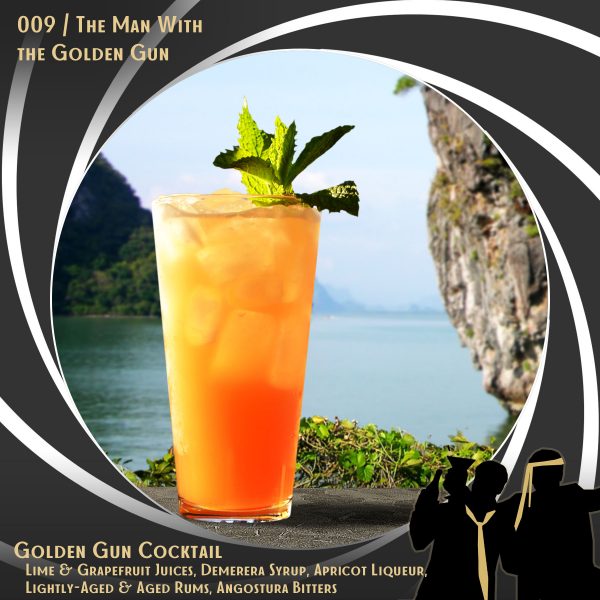 Roger Moore returns, and his Bond is at peak asshole in the 1974 film The Man with the Golden Gun! Listen as we gush about Christopher Lee, be charmed by Nick Nack, be confused about the film’s Asian representation, and rage over a poorly placed slide whistle. A couple of tropical “Golden Gun” cocktails help us take both good and the bad, so join us for the ups and downs of this perfectly serviceable film.